OKB “Spetstyazhproekt” delivered and unloaded 440 tons of equipment for Shchekinoazot 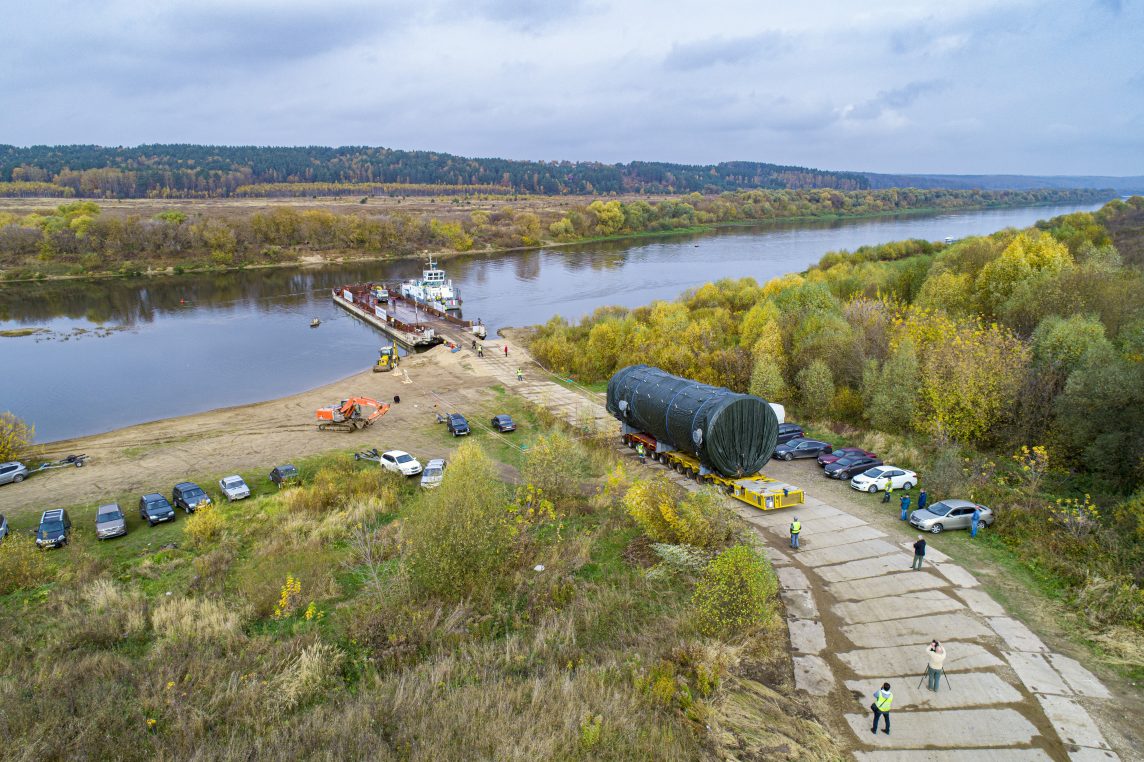 Sea, river and road transport was involved in the transportation of equipment. The cargo was transported by sea-, river- and road transport. The vessel with the equipment arrived in St. Petersburg from Shanghai via the Pacific and Indian Oceans, the Red Sea and the Suez Canal. In the St. Petersburg port, the equipment was reloaded onto a river barge. The cargoes went along the Neva River, Ladoga and Onega lakes, the Shiksa, Volga, Moscow, Oka rivers.  The river route exceeded 1,000 kilometers and took about a month.

All cargo, except for the barge, followed with a check in for customs clearance at the Tula customs post according to the customs transit procedure.  The barge was also transited to the temporary berthing facility in Bunyrevo, where a temporary customs control zone was opened, where customs clearance took place.

The reloading from barge to barge in Kolomna was carried out by the technologically complex Ro-Ro method.  This method has proven itself well and is successfully used by the engineering company OKB “Spetstyazhproekt”.  With the same Ro-Ro method, barges are unloaded at the temporary berthing facility in Bunyrevo.