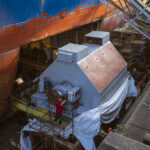 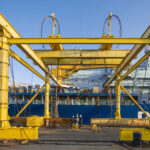 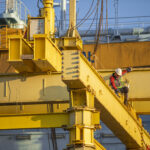 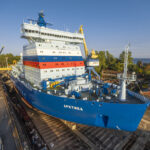 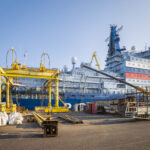 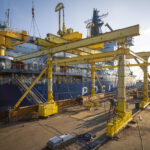 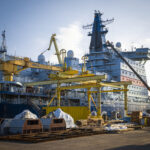 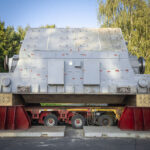 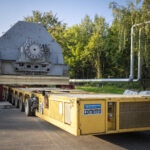 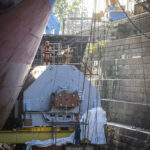 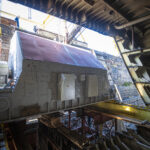 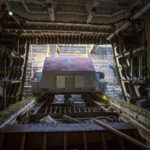 On September 4, 2021, specialists of «OKB Spetstyazhproekt» completed a unique project of rowing electric motor replacement on the nuclear icebreaker «Arktika».

After the icebreaker was docked, work was done to cut the outer skin and internal bulkheads. Through the resulting tunnel in the icebreaker’s starboard side the old motor was dismantled. The difficulty of the operation was that the clearance between the dock wall and the huge atomic icebreaker was minimal: with the help of MPS500 rigging system, the motor was led to the dock substrate by a complicated movement in two axes, alternately lifting and moving it sideways.

The new motor was installed on the foundation through the same tunnel, and the old one was transported to the manufacturer’s plant.