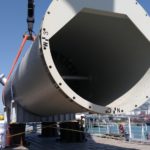 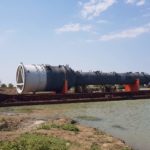 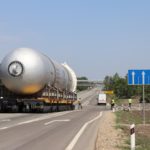 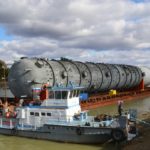 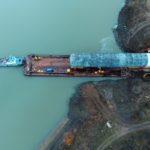 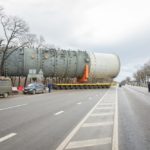 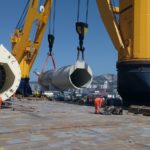 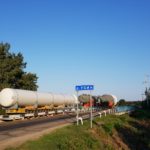 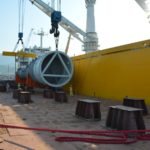 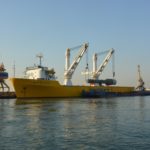 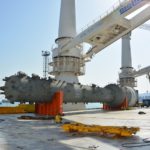 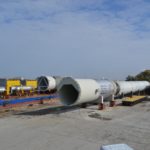 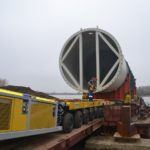 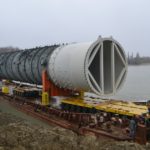 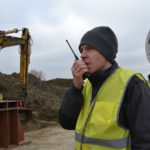 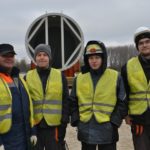 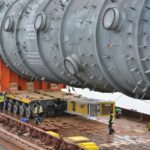 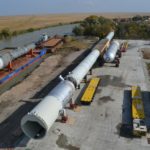 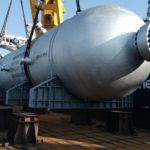 ​October 15, 2018 OKB Spetstyazhproekt completed a large-scale transportation project for Afipsky Refinery. Spetstyazproekt delivered 56 units of equipment weighing over 6000 tons to the construction site of the refinery by sea, river and road transport. The maximum load weight reached 735 tons, and the length – 60 meters.

The automotive part of the transportation began from a specialized pier, built by the company’s employees in Achuev.

The equipment was transported by the technological roads constructed by the company’s specialists in the Republic of Adygea and the Krasnodar Territory. Within the framework of equipment delivery project, the company carried out repair and reinforcement of public roads, strengthening of a water reservoir dike and construction of laydown areas, new roads, and a bridge over the Ubin River.

Specialists of the company transported equipment along the Black and Azov Seas, the Kuban and Ubin Rivers, with intermediate crane handlings from sea-going vessels to river-going ones. 18 barge voyages were made in total. In two years, more than 50 units of large-sized heavy equipment with a total weight of more than 6000 tons were delivered.​