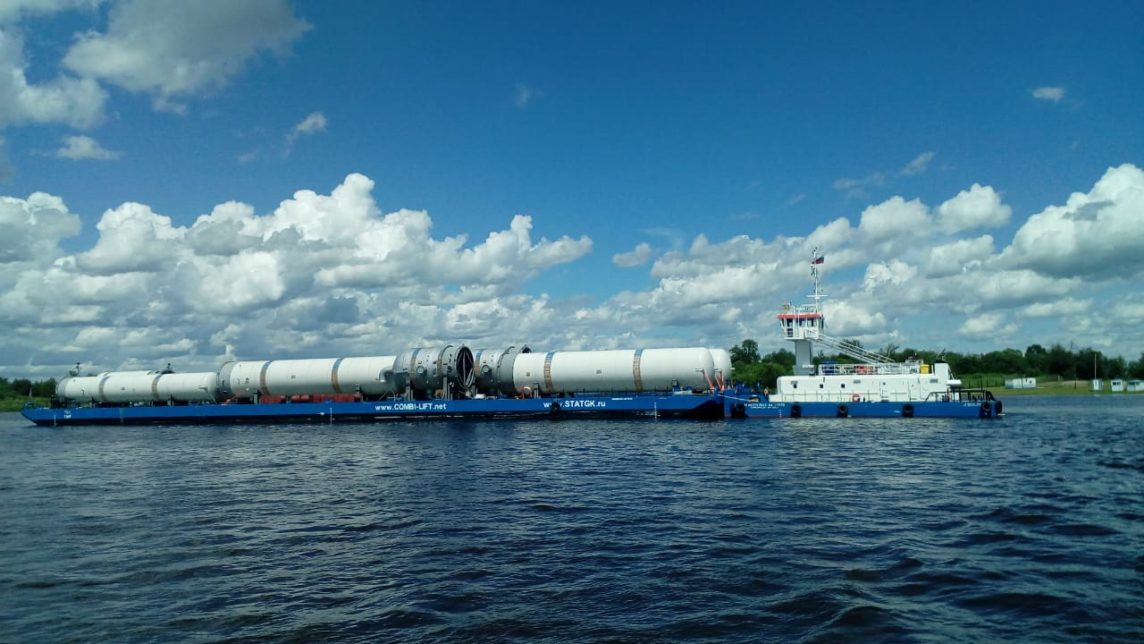 During the summer navigation period, the Spetstiazhavtotrans group of companies delivered 79 units of oversized heavy equipment for the Amur GPP by water, with a total volume of more than 60 thousand freight tons, including two 88-meter, 830-ton demethanizers.

To carry out this project, Damen manufactured a specialized fleet consisting of barges, tugboats and pontoons of additional buoyancy (19 units), which the Spetstyazhavtotrans group of companies took into service.  In less than four months, 14 barge trips were made: 284 km by sea from the seaport of De Castri to Nikolaevsk-on-Amur, 1926 km along the Amur River to the city of Blagoveshchensk and 212 km along the shallow river Zeya to a temporary berthing facility near the town of Svobodny