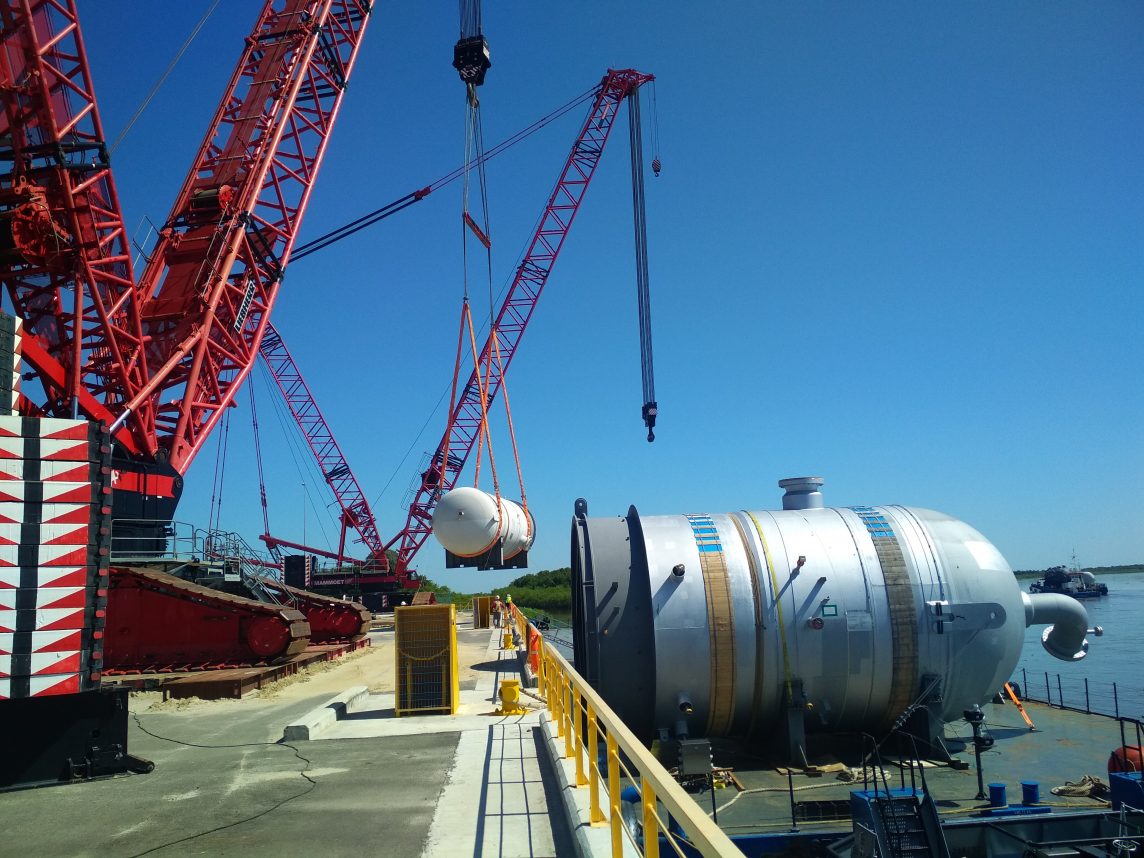 “This year’s navigation was marked by severe weather conditions.  Heavy rains in the Irkutsk region affected the Zeya River – the water level rose to the critical level. Logs went down the river in an endless stream. Navigation under such conditions was a difficult task”, – says Dmitry Metelitsyn, the project manager.  Despite all circumstances, the delivery of equipment was performed flawlessly and on time established by the contract.

In the last two years 133 units of oversized heavy equipment were delivered to the Amur GPP by water, with a total volume of more than 65 thousand freight tons, including two 88-meter-long, 830-ton demethanizers.

The project of delivering oversized heavyweight equipment from De-Kastri seaport along the Amur and Zeya rivers for the Amur GPP is being implemented  by OOO NLK and OKB Spetstyazhproekt under the contract with Linde AG, in partnership with the Combi-Lift Company.  The time frame of the project extends to the year 2022