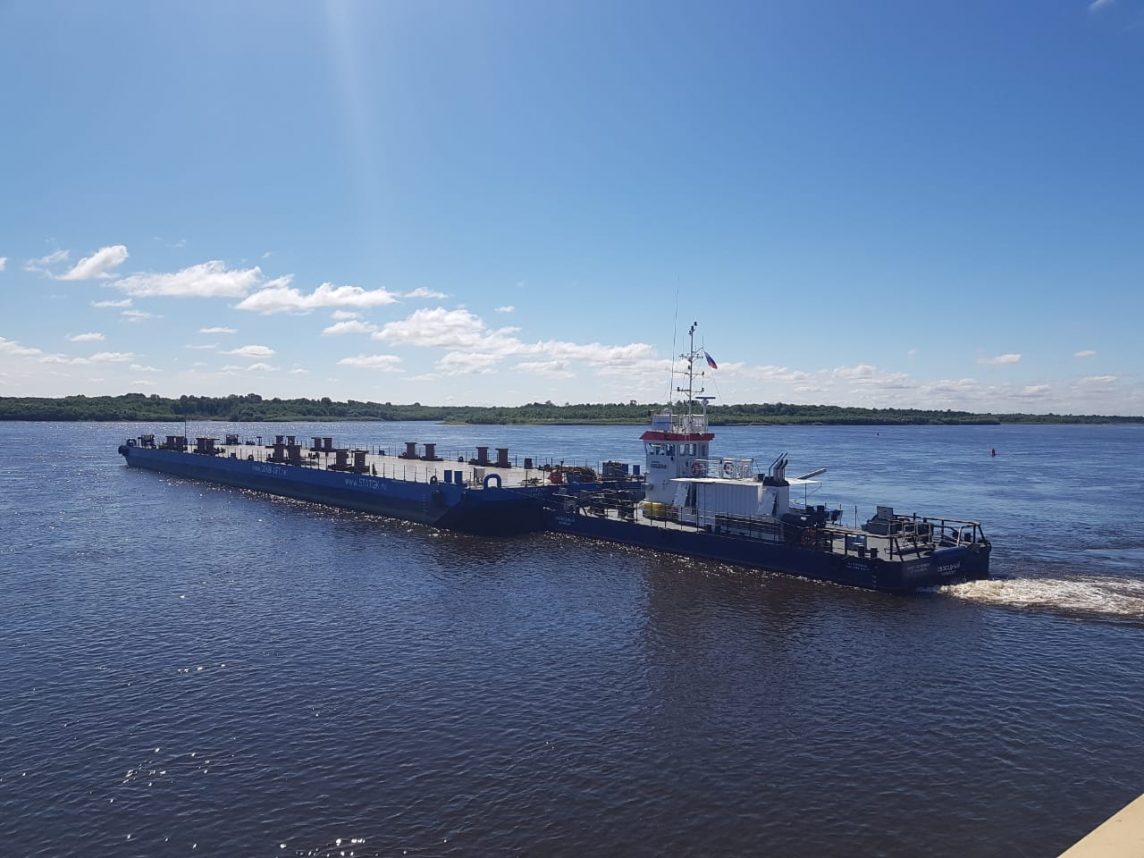 Spetstyazhavtotrans Group of companies completed the delivery of a 2020 batch of oversized heavyweight equipment for the Amur Gas Processing Plant.

On 12 August 2020, specialists of the Spetstyazhavtotrans Group of companies completed the unloading of oversized heavyweight equipment at the berth of the Amur Gas Processing Plant (currently under construction), thereby successfully completing the delivery planned for this year.

“The work is difficult, but extremely interesting.  The most difficult part of the path is, of course, the Zeya River. Zeya is a narrow river, with numerous rifts.  It requires a deepening of the fairway in shallow water. We were constantly updating the maps of ship routes due to the fact that Zeya’s fairway would change several times during navigation.  In addition, the water level and weather forecast were monitored daily.

For the safe passage of loaded barges in shallow water, pontoons of additional buoyancy were specially made. They stabilize the barges and provide the necessary draft.  For safety on sharp and narrow turns, two tugs were involved: the first leads the barge, the second levels the stern”, says Dmitry Metelitsyn, the project manager.

The delivery of equipment was performed flawlessly and on time established by the contract.

In the last three years 198 units of oversized heavy equipment were delivered to the Amur GPP by water, with a total volume of more than 70 thousand tons, including two 88-meter-long, 830-ton demethanizers.

The project of delivering oversized heavyweight equipment from De-Kastri seaport along the Amur and Zeya rivers for the Amur GPP is being implemented by OOO NLK and OKB Spetstyazhproekt under the contract with Linde AG, in partnership with the Combi-Lift Company.  The time frame of the project extends to the year 2022