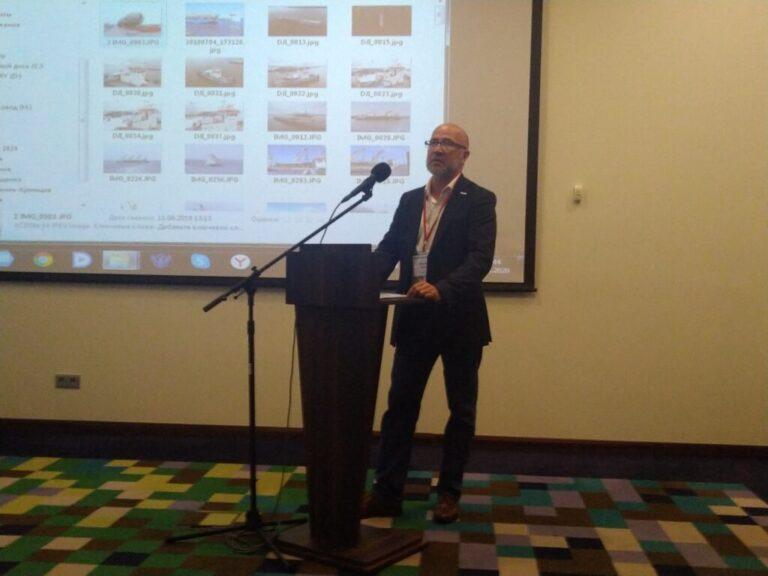 Specialist of Spetstyazhavtotrans Group Anton Ivanov spoke at the Breakbulk conference in St. Petersburg with a report on the specifics of equipment delivery to the Amur GPP.

«Under the contract from 2018 to 2021, we have to deliver 213 units of large and heavy equipment from the port of De-Kastri to the pier of the Amur gas processing plant in the city of Svobodny. The project is being implemented for the third season, and this season’s navigation has already been completed.

To date, we have transported 163 units of cargo with a total weight of about 70 thousand tons.

A. Ivanov noted the peculiarities of navigation on the Zeya River:

«There is a place on the river where the average depth is 1.05 cm. The draft of the loaded barge is 95 cm. Thus, the exact water level in the river had to be taken into account».

A. Ivanov also spoke about the weather risks during transshipment from a crane ship to a barge in De-Kastri.

«The weather is unpredictable.  Taking into account the overall dimensions of the cargo – windage is a serious issue.  It is necessary, given that the load is placed on the “pedestals”, to position it very accurately.  Cargo positioning locations are determined in advance».