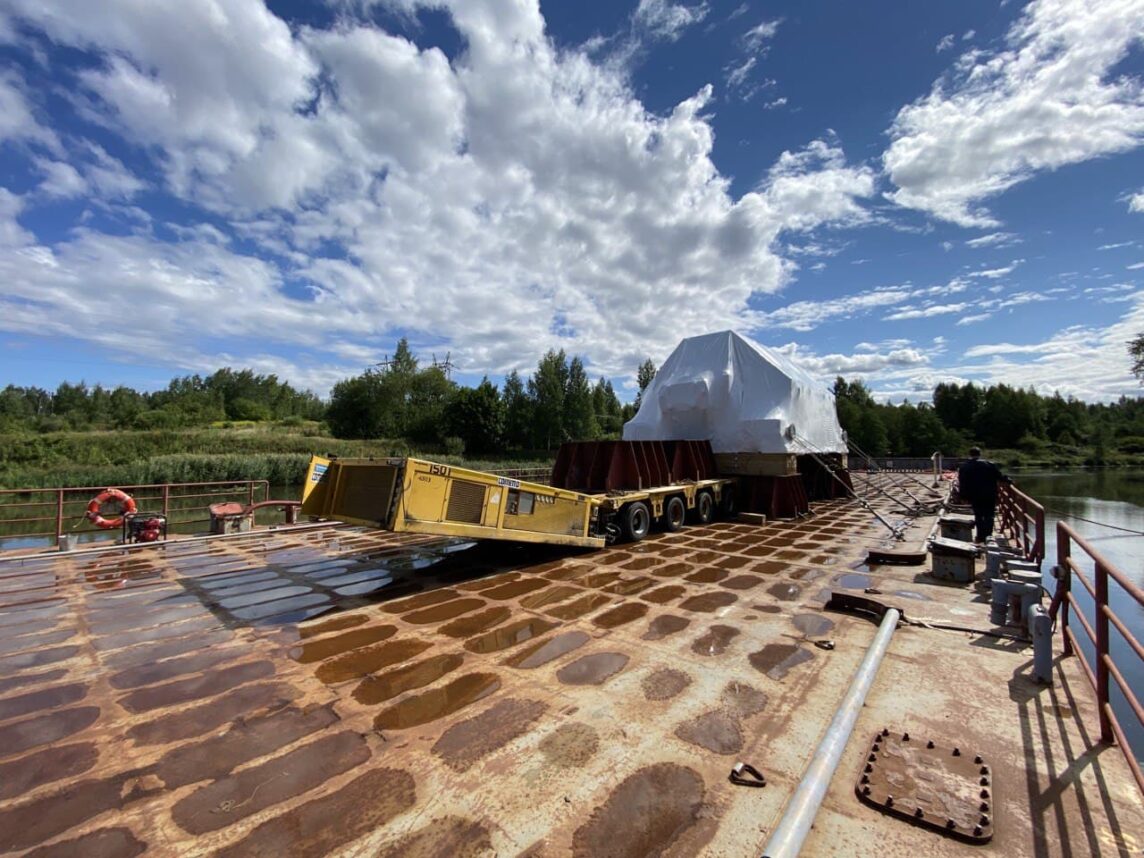 On July 31, 2021, specialists of OKB Spetstyazhproekt delivered a 300-ton main propulsion motor from the Ruselprom plant to the storage site at the Kronstadt Marine Plant, where planned work will be carried out to replace one of the engines of the Arktika nuclear icebreaker.

Heavyweight equipment was loaded onto the COMETTO self-propelled modular vehicle using the hydraulic gantry system SBL. The cargo was delivered to the pier on the Izhora River along public roads.

At the Izhora berth, propulsion motor was loaded onto a barge using the Ro-Ro method. The barge-towing train proceeded along the Izhora River into Neva River.

At the berth of the Kronstadt Marine Plant, the motor was also unloaded using the Ro-Ro method.

After unloading, the motor was transported through the territory of the Kronstadt Marine Plant to the storage site, where it was installed on pedestals.