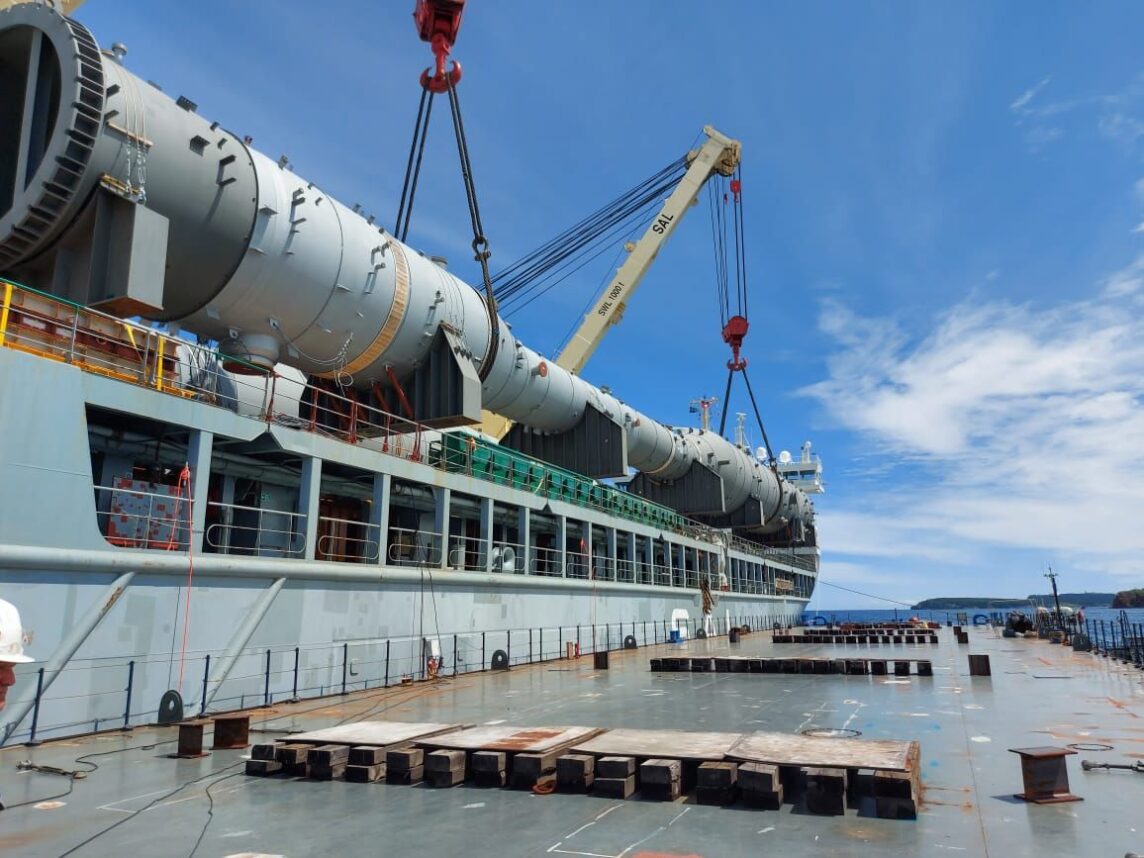 Spetstyazhavtotrans Group of Companies completed the delivery of a 2021 batch of oversized heavyweight equipment for the Amur Gas Processing Plant.

On September 4 2021, the specialists of Spetstyazhavtotrans Group of Companies completed the unloading of oversized heavy equipment at the berth of the Amur Gas Processing Plant, thereby successfully completing the delivery scheduled for this year.

“The arrival of the first crane vessel was planned on June 2, but due to various circumstances the ship arrived on June 21. The project timeline has shifted, resulting in an untimely approach to the second crane vessel, which was scheduled for mid-July. Thus, from the very beginning, the chain was broken and the “error” accumulated.

But despite the fact that the first crane ship was 3 weeks late, our delay to the second crane ship was about 10 days. We have minimized the time of transportation due to competent planning and timely work.

As never before, the water level was high and the current was very strong. When transporting goods from the second crane vessel, it became necessary to stop at an anchorage near the city of Khabarovsk for four days: the tugboats simply could not continue to move against the current,” says Anton Ivanov, the head of the transportation project.

In the last four years 249 units of oversized heavy equipment were delivered to the Amur GPP by water.

The project of delivering oversized heavyweight equipment from De-Kastri seaport along the Amur and Zeya rivers for the Amur GPP is being implemented by OOO NLK and OKB Spetstyazhproekt under the contract with Linde AG, in partnership with the Combi-Lift Company.  The time frame of the project extends to the year 2022