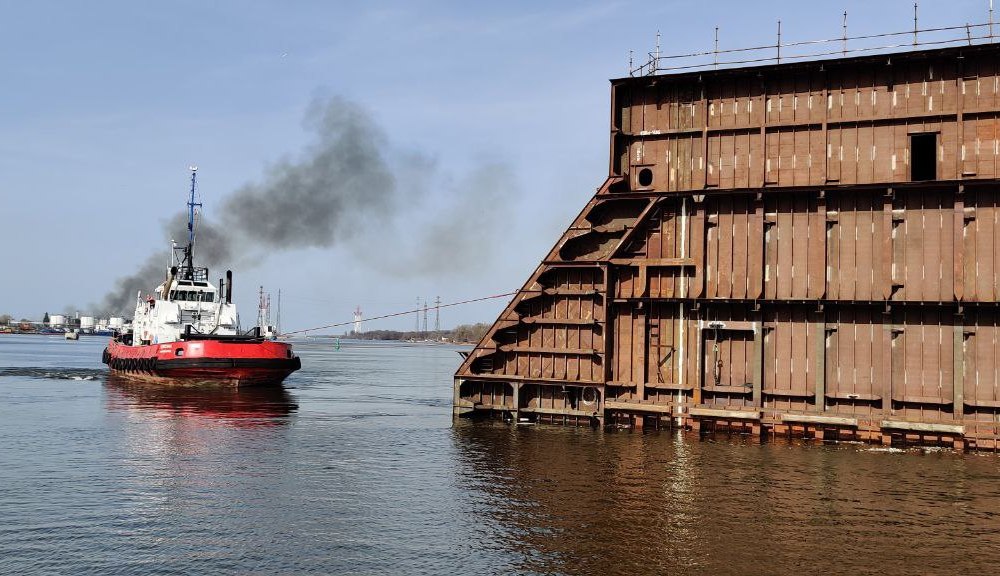 On April 14, 2022, OKB Spetstyazhproekt completed the project of transporting the bow of the support base (CME No. 13) of the ice-resistant platform (ICP) of Gazprom, which will be used in the development of the Kamennomysskoye-Sea field

The bow of the support base of the ice-resistant stationary platform weighs 1772 tons, its height is 17 meters.

The company’s specialists were waiting for the completion of the transportation project with trepidation: this is Spetstyazhproekt’s first project in Kaliningrad. Now the geography of Spetstyazhproekt’s projects extends from the Tatar Strait in the Far East to the Gulf of Gdansk in the Baltics.