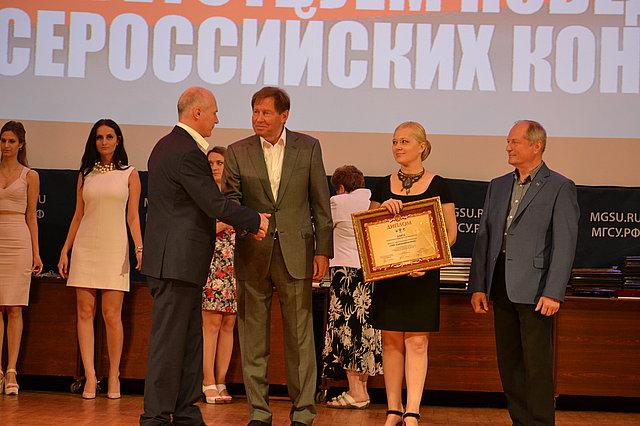 On August 5, Moscow State Construction University held a ceremony awarding the winners of the XI All-Russian competition for the best design and research organization. The competition is held under the auspices of the Ministry of Construction, Housing and Utilities of the Russian Federation and the Russian Union of Builders (RCC) and the Trade Union of workers in construction and building materials industry. The company “OKB” Spetstyazhproekt “was awarded the diploma and received the title of” Elite building complex of Russia “Company” polynomial “was awarded the diploma and the title of” Elite building complex of Russia “, and Leonid V. Egorov, Director, Project design of industrial facilities awarded the title of” Best Manager of the design organization Russia “. 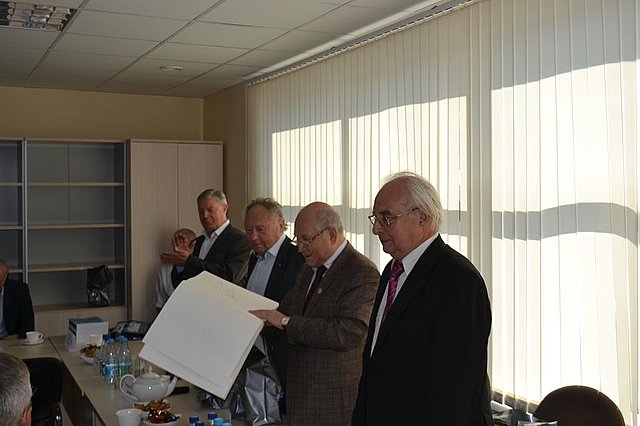 July 13, 2015 in the company “OKB” Spetstyazhproekt “held a meeting with wonderful people who came to talk about the person whose anniversary this year is marked by all employees of the chemical industry. The meeting was dedicated to the 100th anniversary of the birth of Leonid Abramovich Kostandovo, Minister of Chemical Industry of the USSR, “the titan of Soviet chemical industry.” The meeting was attended Golubkov Sergey Viktorovich Vice-President of the Russian Union of Chemists, Prof., winner of the Lenin Prize, First Deputy Minister of the chemical and petrochemical industry of the USSR, Gennady I. Ermakov, Chairman of the Board of Veterans controls the chemical complex of Russia, Ph.D., Deputy Minister of the USSR production of mineral fertilizers, general colonel Vasily Vladimirovich Semenov Vice-President of the Russian Union of Chemists, Ph.D., zav.sektorom chemical industry of the Central Committee of the CPSU; Viatcheslav Savinov, Executive Director of the Russian Union of Chemists, zav.sektorom departments of the Central Committee of the CPSU; Martyshkin Alexander G., Honored Master of Sports in rowing, bronze medalist of 1968, winner of over 20 international regattas. In a friendly atmosphere, guests are happy to share with members of the Civil Code “Spetstyazhavtotrans” stories about the life and achievements of LA Kostandovo, talked about the present and prospectiveбудущем химической промышленности России. 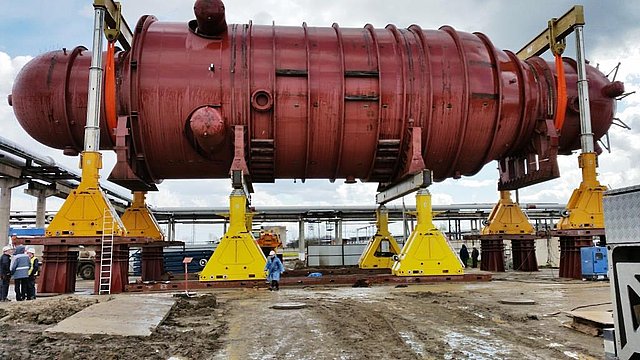 Column weighing 255 tons, “floated” over the overpass of the pipeline on the 10-meter height

On the territory of Afipsky refinery was carried out a unique operation to transfer the vacuum column through the existing pipeline overpass. Generally, transportation of large equipment on the territory of existing plant presents serious difficulties. Afipsky refinery construction site is no exception. All standard delivery options column inside the plant proved to be impossible. Limited space and column diameter, comparable to the height of a five-story house, do not allow transporting a standard way. Experts’ Spetstyazhavtotransa “took the unusual decision – to move the column of the pipeline. To implement this complex transport operations made precise calculations and obtain a permit. With 8 hydraulic jacks specialized lift system SBL column raised 10 meters above the ground and suffered a specialized guide over the overpass, thus avoiding production stoppage. “For the first time in Russia a similar operation was carried out with such a heavy and bulky equipment,” – said the chairman of the SC “Spetstyazhavtotrans” Sergei Tropin. Recall shipping giant vacuum column for the reconstruction Afipsky refinery began in August 2014 in the port town of Dzerzhinsk (JSC “Dzerzhinskhimmash”). There’s column was loaded onto a specially equipped barge and the river brought to Rostov, then to the Sea of ​​Azov Temryuk. For the automotive transportation tower designed and built over the railway crossingand a special Congress on the federal highway. Column delivered to the construction site Afipsky refinery in April 2015 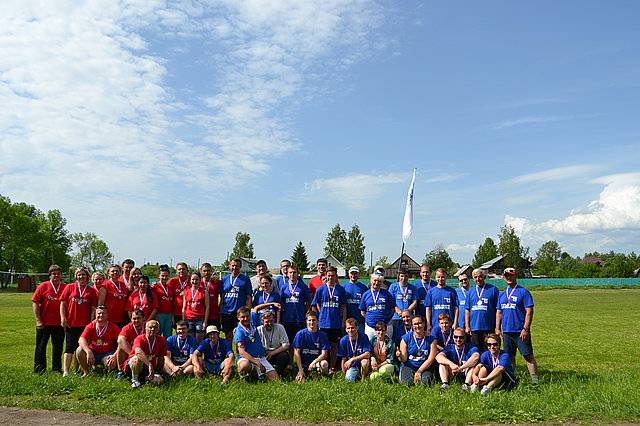 Day of the chemist and Sudogodsky meeting

Date of event: May 29 – May 31 The professional holiday, dedicated to the Day of the chemist, was held in Sudogda. City welcomed the guests good weather. On the playground met the team GC “Spetstyazhavtotrans” and “Administration of Sudogda.” Gone competition in five sports: football, volleyball, towns, and the fun starts tug of war. Challenge Cup for winning the Games of the team deserved “Spetstyazhavtotransa.” The trophy will be kept in a museum in anticipation of the next Sudogodsky meetings. Fascinating competitions, fun games, interesting excursions – everything was at the highest level!

No comments by admin